How Many Dollars Are You Leaving On The Table?

MORE THAN YOU THINK! 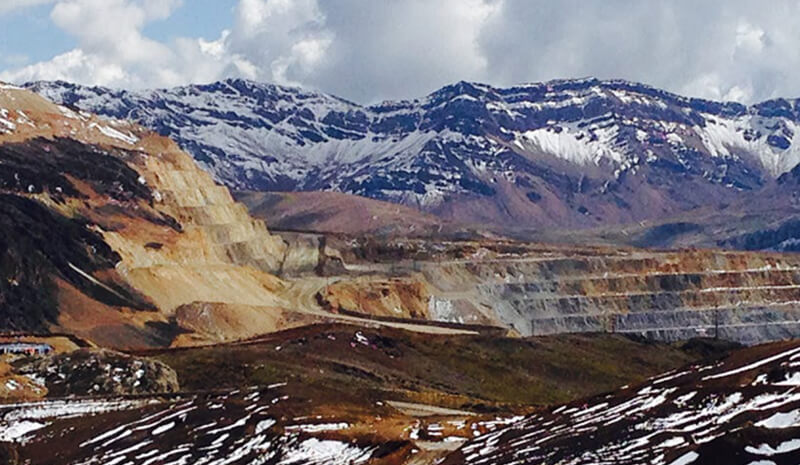 is the greatest FREE OPPORTUNITY in business today!

You report actual production but NOT production losses… net revenue but NOT lost revenue… actual costs but NOT avoidable costs… net income but NOT invisible losses already subtracted out… and you manage budgets and projects that include losses you NEVER SEE! Millions of dollars can be hidden from decision-makers; as a result, it is even possible to meet budget while losing millions of dollars!

What if you understood your losses like you understand profit? Executives and site management could ask new questions about performance, goals, problems, expansions and optimization. You could see losses linked to equipment performance and weaknesses in the organization/corporate culture and act strategically to strengthen weaknesses and stop losses. Without data for lost profit potential, IT IS IMPOSSIBLE for management to take action to convert it to profit!

The following case studies are examples of what you might discover if you started looking for dollars you are leaving on the table. These dollars were DISCOVERED because leadership teams knew how to EXPLORE for them! They represent the GAP between actual performance and what was possible to achieve. These dollars were NOT linked to the budget or an improvement initiative. No Capital was Required to Convert These Dollars to Profit or Avoid the Risk of Loss. The number of dollars discovered vary because of commodity prices, costs, management strategies and corporate culture.

These case studies could have happened in many companies. Why? Because they are linked to what management teams think, accept, measure and fix… the management culture! A new kind of thinking, an expanded focus and new tactics for managing problems, projects and people helped eradicate these losses and helped each team discover other losses not mentioned here.

This case study shows how management assumptions and budget targets were linked to significant hidden losses happening for years:

The first day on site I asked the management team to share their focus, starting with their budget goals. The team said they had met budget for several years. They had STOPPED LOOKING for small opportunities to improve (assuming they were worth small dollars) and depended on large projects for improvement gains. I asked a few more questions and learned about a 10-minute loss that occurred  several times per day. They said they had assumed it had a small value. They had no success reducing the loss so they budgeted for it, which meant that there was no variance that “flagged” its existence.

That day we put dollars to the loss and found that they had been losing $17,000,000/year for several years and did not know it! They also discovered that one change in an operating procedure would deliver the value… no money was required to stop this loss!

When this management team realized that their budget and their assumptions about problems could hide profit potential this significant, they immediately starting questioning other assumptions they made that could be causing similar hidden losses. They would not go back to their old way of thinking about problems that seemed small.

This case study illustrates how a heavy cost focus by procurement can have a huge unmeasured negative impact on earnings.

A centralized procurement group changed to a foreign supplier of hydraulic parts to save $2,500/year. There was a “no communication” policy with end users. Parts from the new supplier started failing, causing equipment damage and downtime. The site knew that this change in suppliers was causing losses, but did not know how to calculate them.

I was on site when this problem occurred and worked with the team to conservatively value the total unreported site impact as $4,500,000 per year (compared to a savings of $2,500 reported by corporate). With this data, the site was successful in opening communication channels with procurement and both groups worked together to find a new supplier to stop the loss.

This case study shows how a reactive “silo” culture can cause huge unmeasured losses.

Total value of hidden losses identified was $24,000,000 per year, a loss that was NOT MEASURED OR REPORTED until we calculated it. This discovery shocked corporate leaders and created urgency to change corporate expectations for interdepartment interaction and quality of service to the organization.

This case study shows how consumable waste becomes accepted and budgeted for, and how this kind of management thinking can be shifted to loss reduction/prevention for FREE.

A large client was losing millions of dollars because heavy equipment tires were failing early. For years these losses had been accepted as normal or expected by management. This problem was so common that managers viewed it as a source for higher costs that had to be budgeted for, so they budgeted hundreds of thousands of extra dollars to buy even more tires to compensate for short tire lives. Each tire cost $50,000, so losing 20-50% of the projected life was a BIG DEAL and a BIG LOSS that was not being measured! The site had no effective way to track tire failures or dollars lost or prevent early failures from occurring.

I helped calculate the $3,000,000 annual impact of short tire lives and designed a tire management system where success was measured by metrics linked to life lost (i.e., dollars wasted) and life extension strategies. There was NO COST to implementing these procedures. A culture shift happened in real time as the management thinking and actions used to solve this problem were applied to solving other problems across this multi-plant site, leading to millions of dollars of additional savings in other departments.

This case study shows how interaction between departments can make or break a start-up process for a new operation.

A client had a strategy for maintaining a targeted reserve level by starting up a new operation every 1-2 years. They asked me to lead a project team to create a repeatable start-up process for new operations because their current start-up process was disjointed and poorly designed. Departments that were the “players” in start-up participated in this effort. At the first meeting, team members said there was little hope shown of success by the team because the working relationships (the culture) between these departments were so weak (little communication and low commitment).

We analyzed start-ups over the prior two years and found that the average cost over-run was $5,000,000 and average time lost was 5 months. To prevent losses during future start-ups, we knew the process and the culture had to change, so we designed a new process and used a strategic “inclusive” roll-out plan to accomplish the goal. Company executives, division and site departments and outside agencies were all included in this roll-out, which increased their awareness of the “big picture”, changed the quality of interaction between key players, and raised the level of commitment (a culture shift) to the process! Executives commented that they had never seen a roll-out strategy like this.

This case study shows that it is possible to spend huge sums of capital to expand the WRONG POINT in the value stream.

A client was about to spend $80,000,000 on a plant expansion. I was on site working with the mine and plants across the site on optimization management. My optimization work had yielded data that I used to build a “value stream capacity chart” for the leadership team. That chart revealed hidden equipment capacity across the value stream and showed that the “perceived” value stream bottleneck was NOT the real bottleneck!

Before the value stream capacity chart was created, the leadership team did not know how much excess capacity existed in the value stream. They were ready to approve capital for the requesting plant based on the data presented by that plant, believing that plant managers best understood their production capacity. The requesting plant’s management team believed that their plant WAS the bottleneck in the value stream because their data did not reveal their true production capacity. Their EXCESS CAPACITY was unmeasured and unknown, even by those working in the plant.

The accuracy of the capacity chart was reviewed and verified by site engineers and the $80,000,000 expansion was MOVED UPSTREAM to the TRUE BOTTLENECK before any money was spent. If the original expansion had been approved, an even bigger expansion would have been needed upstream and perhaps downstream to match those capacities with the newly expanded plant… a very expensive mistake that some companies might not be able to afford!

Question for you: How many DOLLARS ARE YOU LEAVING ON THE TABLE?

Now it is possible to find out so you can do something about it!

Talk to THE EXPERT with 25 years of experience in

OPPORTUNITY: The only element with an infinite atomic number and weight. An odorless invisible element defined as a hidden or substandard set of circumstances in business that, when not acted upon, creates invisible losses that reduce profit. These losses can be eliminated by management when linked to beliefs, behaviors and numbers that drive the corporate culture, yielding a desirable green substance found in financial institutions.